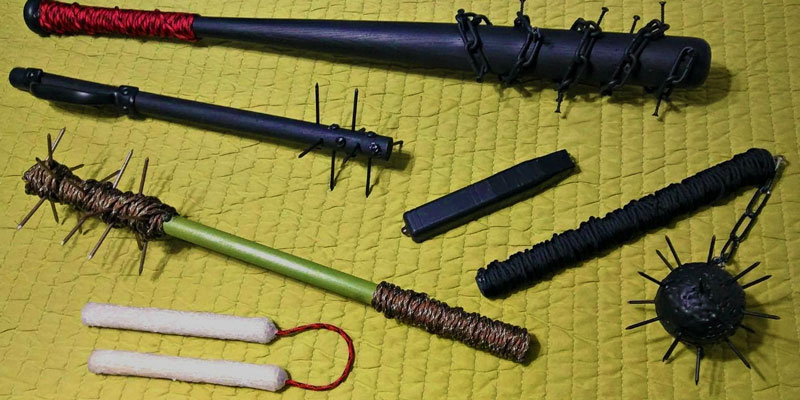 In a world filled to the brim with ever-escalating tensions, you need to stay safe. Having a weapon available at any time certainly helps in shielding both yourself and your loved ones from harm. But disaster has a nasty habit of striking whenever you least expect it. Getting lost in the wilderness, home invasions, riots, and similarly nasty events leave most people caught unawares.

In those cases, you have no choice but to improvise. Seeing that it’s hard to think clearly under such circumstances, it’s a great idea to know ahead of time what you can do in those situations. These homemade weapons used for self-defense will provide great protection in the direst of circumstances. The list will mostly include simple survival solutions, so don’t expect homemade flamethrowers or stun guns.

Please be advised that some of these pose a very real danger if you handle them irresponsibly. You definitely shouldn’t play around with them because they’re not for fun!

Traditionally tied to childhood antics, this item packs quite a powerful punch with the right implementation. You likely remember from your youngster days that slingshots easily break glass, so you can easily imagine the damage it can cause to an assailant. It’s also easily portable, which works to its advantage.

One of the slingshot’s greatest advantages is that anything that fits in its pouch counts as ammo (provided it’s hard enough). You can sling rocks, pieces of glass, or whatever’s lying around nearby. That renders it a versatile tool in a plethora of scenarios. Luckily enough, making a slingshot takes very little effort, so even if you find yourself without one, you can scrap it together with just a few components. 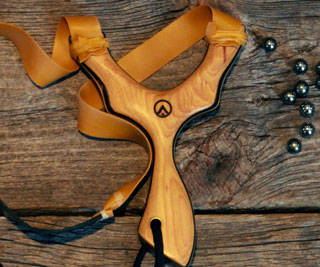 If you’re wondering how to create one, here’s a brief rundown. You need a Y-shaped object (if you have none, carve one out of wood, for example), some rubber (surgical tubes work great), string, and a patch of leather or something akin to that. Use the string to tie the rubber to the Y-object’s prongs and the patch you’ll use as the pouch. First, make holes in the pouch through which the strings go. With that, your slingshot is complete!

If you don’t have the time or nerves to fashion a fighting tool from scratch, why not utilize an already completed one? There must be a punchline about the pen being mightier than the sword in here somewhere. Jokes aside, the seemingly humble fountain pen hides in itself a lethal weapon if in competent hands.

Innocuousness is the fountain pen’s greatest strengths. Seeing that it’s little more than a writing apparatus, you’re permitted to carry it virtually wherever you go, and its tiny size makes it the perfect pocket-size poking tool.

Should you encounter an immediate danger like someone/something trying to kill you, the tactical pen’s small size again acts in its favor. When in a hand-to-hand altercation, aim for the soft spots on the body like the abdominal region or the eyes. If you have fountain pens but never actually write with them, file them to an even finer point and carry them on your person in case a critical scenario presents itself. 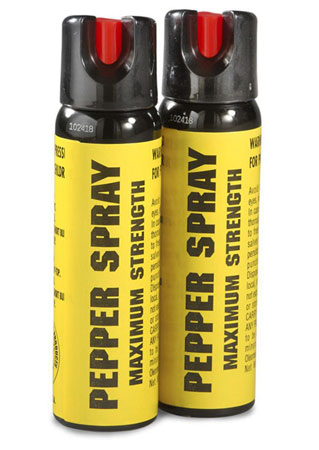 As a non-lethal alternative, few defense tools match pepper spray. It’s easy to carry and use, and it doesn’t require any combat expertise. Also, it doesn’t demand physical strength. Most people falsely believe that one can only obtain pepper spray by buying it. However, you can create it with just a few easily found ingredients.

You may go about making pepper spray in several different ways, but here’s the simplest method. Buy dried black and chili peppers (about a pound should cut it). Ground the chilis enough to expose the seeds. Then, put them to boil in water, adding the black peppers as well. When the mixture boils, let it cool down and pour some of it into a spraying receptacle (an old perfume or deodorant bottle, for example). For extra bite, include baby oil and alcohol. Just remember to wear a face mask of some sort as the fumes might hurt you.

When talking about bare-bones improvised weapons, sock weapons outclass most options in effectiveness and simplicity. You’ve probably already figured out how people turn their socks into deadly weapons. You simply need to stuff a sock (or any analogous dangling receptacle) with anything heavy you find. Whether it’s a rock or a bunch of pennies doesn’t matter (although rough rocks could tear the sock). With this minor modification, you’ve created a flail weapon.

Bows have been around for millennia, and with a far superior range than melee defense tools, they provide amazing tactical opportunities. Since their design is incredibly basic, fashioning one from whatever resources are available isn’t difficult. You’ll need a straight branch about 5 feet in length (a PVC pipe also suffices), a knife, and some kind of non-stretching cord for the bow. For the arrows, find feathers (or pine needles) and small branches.

How to Make a Bow

Bend the branch to see how it naturally curves and determine which way it will bend. Using a marker or pen, mark the handhold about three inches from the middle. Use your knife to engrave two grooves on each end of the branch/pipe. This groove will support the cord, so make sure it’s wide enough to accommodate it. Take out a bit of wood in the middle, at the part that will face the inside of the bow. It ought to be at an angle of 45 degrees from you when positioned for firing.

Now comes the time to place the cord. When you fasten it to the body, it should make a 5-inch gap with the inside of the curve. Place the bow on a tree so that the inside of the handhold touches it. Next, pull on the cord to see if the bow is balanced. Should one side be tugged less than another, carve a bit more out of that side’s inner part.

How to Make Arrows

Arrows pose less of a challenge to create. First, smooth out the branches. If any of them curve, straighten them out over a fire, which makes them more pliable. Afterward, etch a notch where the bow’s string sits. Sharpen the point and glue the feathers/pine needles to the other end.

With these improvised weapons, you’ll stand a far better chance of survival. Life is packed with peril, be it in the wilderness or civilization, and preparedness can save your hide in hazardous environments. Not everyone can afford (or legally own) a firearm, but that doesn’t mean you can’t arm yourself with defense weapons crafted from commonplace items like duct tape, a rope, and such. Practically anyone has the resources to craft the above tools, making this list your go-to guide for survival situations.